NOVEMBER 2020 AT THE VORTEX THEATRE

Wildcraft is a site-specific, immersive and interactive one-person show, devised and conceptualized by Bottle Alley Theatre Company and starring Miki Johnson. The play takes the form of an interactive class focusing on wildcrafting, a specific branch of green witchcraft which is described within the play as "a blend of the magical, the herbalist and the forager." Long-time followers of Bottle Alley will recognize Wildcraft as the newest entry into their collection of plays revolving around the fictional Farm Road Coven

"In a time that demands and forces distance and solitude, Wildcraft invites and engages physically, satisfying an innate human need for closeness and touch." - Justin West, CTX Live Theatre 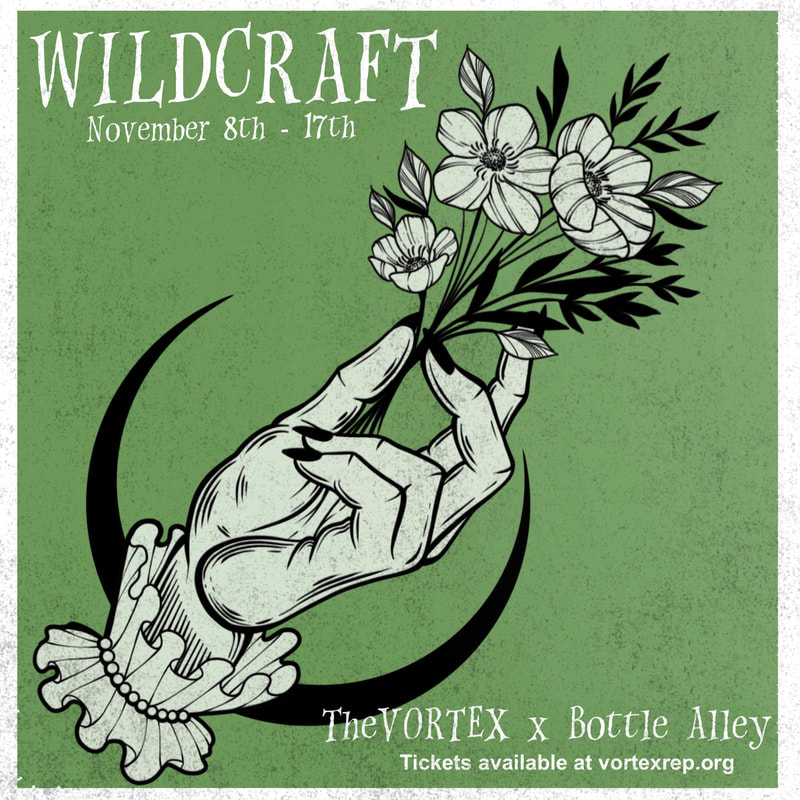