JANUARY 2015 AT SESSIONS ON MARY

Four insomniacs push themselves to stay awake as long as they can all the while playing cards and drinking. As the night grows longer and longer they begin to lose sense of time and place, and as their interpersonal relationships are revealed and begin to unravel, more and more of their truth comes out, all focused around their regrets.

"For me, the most successful element of the evening was the experience created by Bottle Alley." - AUSTIN CHRONICLE
"Chris Fontanes and associates in the Bottle Alley Theatre Company have been quietly, methodically crafting intimate theatre art." - CTXLIVE THEATRE 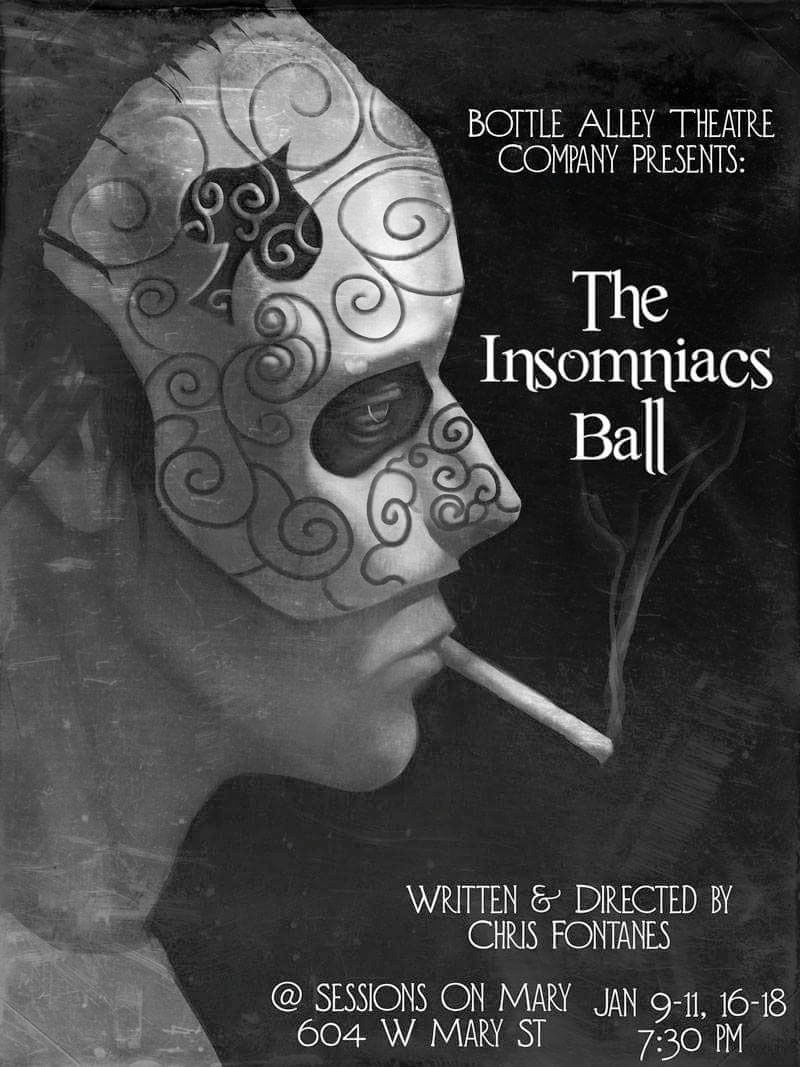