SEPTEMBER 2012 AT THE BROKEN NECK

An introspective examination inwards, into the very innards of the rehearsal process. A struggling theatre company takes over an abandoned warehouse to put on a play - as the rehearsal goes on the line between audience and performer begins to blur. Stage is about what theatre is - or least what it could be. 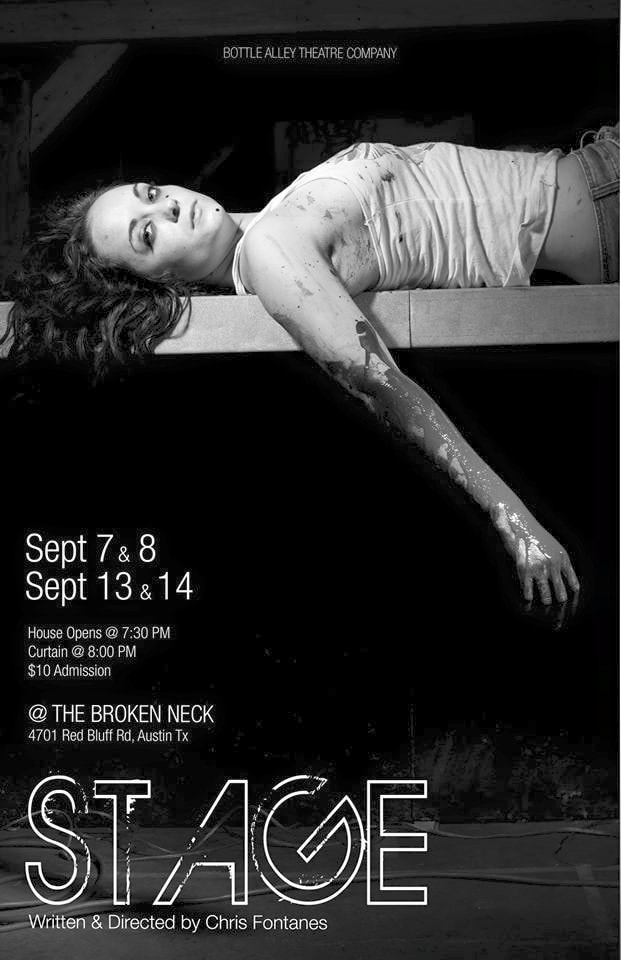